For a long time, PocketWizard has being known as the top best wireless trigger-maker in the photography scene, particularly with their ultra popular PocketWizard Plus II™ transceiver.


Ease of operation, works flawlessly combined with great design and superb performance at only 70% price of the PocketWizard Plus II's, it's really hard to beat this kind of benchmark.


Read more »
Posted by Dzignous at 8:21 PM No comments: Links to this post

Couldn't resist the temptation when I came across this on eBay and bought it straight away. This is basically a 1:1 Canon 7D + 24-105mm replica speaker model that can be paired up with any mobile phones (including iPhone/iPod!) or mp3 devices with the included standard 3.5mm jack plug.

Sound quality wasn't that great but it sure looks a whole lot better and more unique than any other mp3 speakers!

Read more »
Posted by Dzignous at 2:46 PM No comments: Links to this post


Canon have an unique way of documenting their lens manufacturing dates. Looking at the back (mount) of the lenses is a six-digit code, which indicates where and when the specific lens was manufactured.
E.g. - "UY1112"

The first letter 'U' represents the factory that made the lens:


The second letter 'Y' represent the year of manufacture:

The next two digits represent the month of the lens is manufactured. The last two digits are for internal Canon use. Thus the 16-35mm f2.8 L USM II (UX0903) shown was made in Utsunomiya, Japan factory in Sep 2009.

So the next time when you like to know how "old" is the 2nd hand Canon lenses that you are going to buy, take a look here for some general reference.

Read more »
Posted by Dzignous at 3:23 PM No comments: Links to this post

Since film time to recent digital age , all top camera/lens models are make of either magnesium alloy/titanium or polycarbonate for entry-level models.

However, in terms of looks and durability, carbon fiber might seem to be a good choice too. Some enthusiastic (including me... hee...) had already used carbon fiber vinyl decals to gaffer their prized collection and the final result looks really good.

If only there is a real carbon-fiber DSLR/lens and I believe it will look damn fantastic! Agree?

Read more »
Posted by Dzignous at 4:29 PM No comments: Links to this post

Something all photographers that can relate to...
Read more »
Posted by Dzignous at 11:45 AM No comments: Links to this post

Some might think that an image which had undergo photoshop (PS) treatment is not a "real" photograph. And there's even a small portion which will say that film is the only true and "non-processed" image. However they forgot that from developing of negative to print out, certain degree of touch-up (lightness/contrast/saturation) had already being applied during the process. B/W developing involving dodging and burning which are also part of "processing". Same goes for digital jpeg images.

Photoshop-ing is more essential for digital images as CCD/CMOS sensor does not have the same dynamic range as silver halide prints yet (newer full-frame DSLR have better DR).

One best solution will be to shoot RAW as that will ensure all information to be intact and can be further tweak to own liking. What matters most is to present one very own interpretation of their final piece be it whether the image had undergone PS treatment or not.

Digital processing is also part of photography fun and I totally dig it!

Read more »
Posted by Dzignous at 3:14 PM No comments: Links to this post

However, Canon, Sony, Panasonic and Samsung have the biggest advantage among all as they have the CCD/CMOS sensor-making technology.


Canon -
With more than 70 years of experiences, Canon held the biggest pie with their ultra-successful EOS cameras and tons of superior EF/EFS lenses. They were once the ONLY brand with the highest megapixel full-frame DSLR system (1Ds -11mp, 1Ds Mark 2 -16mp, 1Ds Mark 3 -21mp) after Contax and Kodak dropped from the market, but was de-throned by Sony in 2008 after they introduced A900 (24.6mp) and subsequently the Nikon D3X (24.5mp).

Sony -
Supplier of sensors for many brands (including Nikon!), Sony is fast catching up after the merging with the failing Konica/Minolta camera division along their anti-shake (the FIRST in-camera anti-shake system in a DSLR) technology. From the very first APS-C A100 to full-frame A900/A850, the recent NEX/SLT cameras also helps Sony grabbing more shares than ever.


Nikon -
The world's no. 2 player had one of the longest history and famed for its legacy F-mount (you can even use a 1950s lens for your D7000!). Although they were late in entering the full-frame market with the legendary D3 in 2008, lots were re-written in history.

Panasonic -
Panasonic enters the market with their Lumix 4/3 system,  DMC-L1 and follow up with newer micro 4/3 cameras such as G, GH and GF series.


Olympus -
Designed from ground up, Olympus and Kodak pioneered the open-format Four Thirds system and the very first E1 was introduced in Nov 2003. Their initial marketing concept was to have smaller sensor size so as to make possible smaller, lighter camera bodies and lenses. However small sensors suffered from various problems like lower dynamic range, noise, limited shallow DOF etc.

The size and weight of their flagship camera bodies (E1, E3, E5) were not having obvious advantages over other brands. Thus in 2008, Olympus and Panasonic finally introduced the Micro Four Thirds system (MFT), reliving their very first aim of creating a small, light system with the benefits of having interchangeable lens and easy controls for point-and-shoot users to upgrade from their compact cams.

Following the success with the EP/EPL/G/GH/GF series, both manufacturers began to chunk out newer MFT models and lenses. Four-third system looks set to RIP soon.


Nevertheless, Sony NEX, Samsung NX series (mirror-less cams), both using APS-C sensors (bigger than MFT) and the rumored Canon/Nikon similar concept cameras look set to be a tough competitors to the MFT as the bigger sensors still have the obvious advantages.


Not long in the future, we should be able to see more similar small mirror-less cameras in the market and probably one that comes with a full-frame sensor.


Read more »
Posted by Dzignous at 10:54 AM No comments: Links to this post

Some interesting facts about Nikon DSLR body design:
The 12mp D3 sparks a new era as it marks the very first full-frame DSLR in Nikon's history.
Designed by Giorgetto Giugiar, (Italian automobile designer) who is also responsible for the F3, F4, F5, F6 and D2H/D2X.
The above image (which was also featured in Nikon D3 product brochure) shows various prototypes that influenced the final D3 design.
Upon a closer look, "D2H" was the initial designation for this new body design. This probably shows that Nikon had already planned for a full-frame body since 2003!

Another side note, the "red swoosh" below the mode dial and red vertical line on grip (previous models) was Giorgetto's "signature" on Nikon cameras. According to him, the rational behind the "red swoosh"  is just for aesthetic purposes.

Below is a brief interview of Giorgetto Giugiar on the development of Nikon D3 design:

Read more »
Posted by Dzignous at 7:45 PM No comments: Links to this post

Photography is getting easier

Photography is getting easier.
No more worries about:

So what's hard about photography?

Read more »
Posted by Dzignous at 2:42 PM No comments: Links to this post

Candid or street-shooting is one of the most fun and satisfying genre of photography. You can use any focal length that you wish, from telephoto to wide angle or even with just a standard prime lens (50mm). However smaller cameras like the Olympus/Panasonic Micro 4/3 or Sony NEX cams, will be less obtrusive than a DSLR with big lenses. Whatever your equipment are, you have to react immediately to seize any spontaneous moments.

Other than trial and error and some luck, you can try some of the following tips for better results:

1) Go Public
More people means more photo opportunities and you are also less likely to stand out in busy places.

2) Seize the Moment
Always have your camera ready in your hands, finger on the shutter button.

3) Blend in
Avoid drawing attention to yourself and do what everyone else is doing. Draw camera to your eye at the last moment.

4) Shoot Low
Apart from getting unusual pic angles, many people won't notice that you are shooting them when you shoot from hip. Using a wide-angle lens and stopping down the aperture (> f/5.6) helps to get most of your subjects in the frame. Cams with articulated LCD proven to be very effective too (e.g. Olympus E3/E5, Nikon D5100, Canon 600D/60D).

5) Keep it Simple
Don't fumble with different settings or changing lenses to avoid missing any shots. Shoot in 'P' or 'A' mode and let the camera do the work, venture into manual mode when you are absolutely familiar with metering.

Moments is what matters.

Nevertheless, respect anyone who doesn't wish to have their photographs taken.

Read more »
Posted by Dzignous at 7:25 PM No comments: Links to this post

Email ThisBlogThis!Share to TwitterShare to FacebookShare to Pinterest
Labels: Streets


Have you ever flipped through some magazine and saw mouth-watering food pics that you wished that you can do the same?

Possible, with some preparation of simple tools, food styling and esp. with the advantage of getting instant results from your digital cameras...

Basically you will need a light tent of min. size 40cm x 40cm or strobes with umbrella, tongs and gloves for handling food.


After everything ends, you get to eat the food too!


Read more »
Posted by Dzignous at 6:56 PM No comments: Links to this post 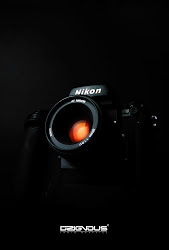 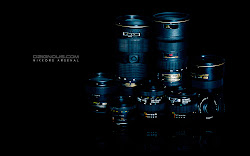 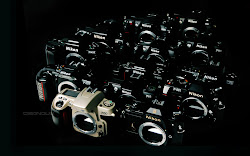